Patan is a historical city inside kathmandu Valley with antique monuments. Scratching back to the history of Kathmandu – Patan comes in all of them. Stories behind the city is interesting. Patan Durbar Square is located at the heart of heritage the city of Lalitpur. It is one of the, three Durbar Square inside Kathmandu valley & it is also listed in the world UNESCO heritage sites. Patan day tour is special because of its historical importance and wide excursion perimeter.

Major attraction of Patan day tour would be the ancient royal palace, where Malla Kings of Lalitpur ruled. Patan Durbar Square is known for its fine art and less spoiled “Newar traditional architect”. Newari communities are still living in the city with grouped houses, with a common front-yard, one yard for many houses. The front-yard is also called chwok. Chwok is a common Square floor paved with red bricks/tile.

There are many courtyard, monuments and idols in patan area. The Square also holds traditional Newari residential houses. There are other temples and structures in and around Patan Durbar Square. Temples, beautiful carving in wood and Manson were built by the Newari people, now and then. Even in the present, new house are constructed in old architect.

Patan is also known for Rato Machindranath Jatra. If you come in the right time – your patan day tour will be fantastic.

Rato Machhindranath is a fest to celebrate the joy of rainy season in Kathmandu, alike to Dumji festival of Himalaya region (Dumji fest of Tengboche is a famous festival in the lap of Mount Everest). In other hand this festival is celebrated so as to please god of rain “Barun”.

Rato Machhindranath festival in patan continues for a month and is ended with Bhoto Jatra, the display of the sacred vest. This fest is observed towards the end of May, in Patan Durbar square premises.

Patan is a one of the largest historic cities in Nepal and is located just across the Bagmati river from Kathmandu. Confusingly, it is also known as Lalitpur, both names deriving from the Sanskrit “Lalitapattan”. Patan day tour is same as lalitpur city tour – do not get confused with the name.

As a traditional center of wooden carving handicrafts, Patan durbar square is a great place to purchase jewelry, Buddha statues and masks.

Price & Details of other packages of Nepalgram

Note – Minimum people in group must be 02 so as to apply this price range.

“All inclusive package is a common package offered by all most all the trekking agencies in Nepal.”

COST DETAILS OF ALL INCLUSIVE PACKAGE

“Service package comes with all arrangement for your trek except food and accommodation in the cities – which you can do by yourself on this modern era.”

“Luxury package comes with comfortable trip possible in the Himalayan circumstances and inside Nepal. Every service we use for your Luxury package will be best available.”

Do you love ancient architecture? Are you fond of art & artifacts – day tour of patan will give all of them. And our local guide will make it more clear.

Our guide will be picking you up from your Hotel and be helping you in this particular trip in Patan for a day.

Durbar Square is the Palace Square of Patan. The Palace was built on the site of a fort that stood until 1734 and served as the residence of the Malla rulers of the then Patan state. It is divided into a succession of courtyards (or “chowks”).

Unfortunately, only the last of these on the right (which houses the museum) is open on a regular basis, due to problems with theft of artifacts.

The first palace building is Sundari Chowk which was constructed in 1647. The three-storey temple on the palace side is the Degutale temple, constructed in 1661 after an earlier one burned down. Mul Chowk was the central part of the old palace and in recent times has suffered much theft of ornamental woodwork.

The famous Museum of patan is in Keshab Narayan Chowk and has excellent and well-presented museum with descriptions of various artistic techniques.

Note: Patan is the city of Fine arts filled with a mix of Hindu, Buddhist and Newari temples. Patan Durbar Square is considered as the most beautiful Durbar Square though it is the smallest in terms of area comparing to other two Durbar Squares.

This trip is 100% customizable

How to choose a best trek in Nepal? 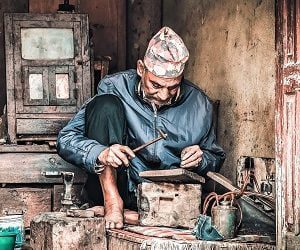 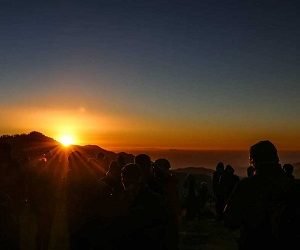 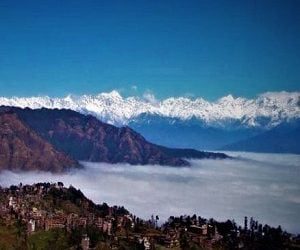